His hand began to dance on the empty face, his legs were swaying, swaying and shaking, casually playing, not caring who was listening, nor bothering to look at the money cap in front of him. It was 9am in Grand Central, New York subway station. The drummer was one of countless street artists playing music on the road and the intermittent subway station in New York. An American student studying here told me: “Street music is one of New York’s most interesting spots.” After the long flight, I arrived in New York on an autumn day, a very beautiful season with clear sky and yellow leaves falling in Central Park. I met music in many places on the streets of New York. At the subway station there was a black guy sitting in a drum. On the train, I saw a group of Mexican long mustache with a guitar. The street corner is a violin tree pulling the Beatles song.

They are performing, performing, not just playing the money for passersby. They always rated the song. I saw that they were still calmly playing, even when no one was listening. Music of all kinds, classical, pop, hiphop, jazz, flamenco, opera, even genres that I don’t know what to call. Her bonus box received either roses, teddy bears or once a raw novel. Her job is street performances. 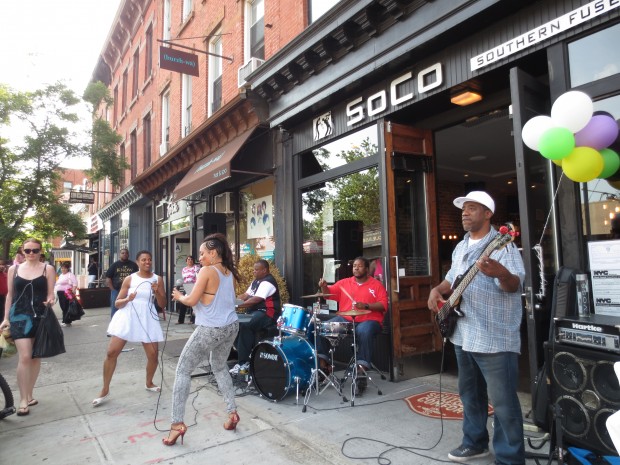 For most New Yorkers, street performances are considered a profession. That ‘s a very free profession. By law, anyone has the freedom to play music under the subway station, on the street or in the park and receive a guest reward.

It is because of such freedom that streets and subway stations are the places to welcome all the souls of adventure, those who fall into misfortune, talented artists but have no work, passionate people. A Chinese dragger who could not speak English, a bass guitarist frantically, a Russian girl who wrote music and played on the road from the age of 10.